Research History and Conservation of SPK

Sambor Prei Kuk was discovered by A. Leclère in 1884. He called this site “Prasat-Kuk” in his report. Later there were a few researchers who called the site “Sambour” as the site was located west of Sambour village, and finally the name of Sambor Prei Kuk was established. Though survey started by E. Aymonier, E. Lajonquière, G. Morand and others in the beginning of 20th century, it seems that the site was left untouched for almost 20 years after discovery.

The first researcher who broadly introduced the scale and importance of this site was H. Parmentier. He conducted surveys at site in 1911 and 1925, and left a comprehensive report on the eastern area of the site which is currently called Temple Zone. At the point of field survey in 1911 by Parmentier, though the site was partially recognized by local villagers, this site had not been object of worship, was completely neglected, and left to be buried in the jungle. For the purpose of recording the site, Parmentier partially removed trees tangled in the ruins, and also made simple excavations of accumulated soil around some monuments in order to confirm the situation of monuments under the soil.

Thenceforth, excavation survey was conducted by B. Goloubew at Prasat Yeai Poeun in 1927. The following year, in 1928, this survey was inherited by M. Fombertaux. In this survey, accumulated thick soil was removed, the edge of basement of each shrine was revealed, and some previously unidentified structures were found. In addition, some structural reinforcement works such as filling with brick masonry into cracks on the brick wall and roof were done. Furthermore, broken pedestal situated in the central shrine of Prasat Yeai Poeun was reconstructed at this time. Unfortunately, inside of this shrine was disturbed by looters, and the reconstructed pedestal was destroyed again during the later period of turbulence in Cambodia.

During the first half of 1960’s, B. P. Groslier planned the full-scale of investigation and maintenance of this group of monuments. The current road route in the Temple Zone had been designed to take advantage of scenery at this site. Even though he established a regional office and begun an organized archaeological survey, political unrest in Cambodia obstructed progress with his plan. From 1970s to early 90s, no activities at the site was left on record. During this period many shrines suffered from organized looting which aimed to remove the foundation deposits under the central chamber.

Parallel to this project, from 1995 to 1997, another conservation program had been implemented by the Angkor Conservation Office. Several conservation works including the reinforcement at door opening of main shrine of Prasat Tao, and repairing of side wall of staircase which Lion statue located were completed by this program. In addition, backfilling work of the looted holes and installations of structural support by wood to the opening of each shrines which were in danger of collapse were also conducted at this time. In 1997, management of the site were transferred from the Angkor Conservation Office to the Ministry of Culture and Fine Arts. From 1997 until 2001, backfilling works of the looted hole were continuously implemented by the Ministry of Culture and Fine Arts.

The Conservation Project of Sambor Prei Kuk, which was cooperated between Japanese experts and Cambodian government, launched in 2001. This project has continued conservation activities mainly in the temple zone of this archaeological site. Periodical maintenance has been implemented including weeding vegetation, cutting dangerous trees, installing structural supports. This project carried out the restoration work of the sandstone pedestals and backfilling work of the past looted holes from 2003 to 2007. Although many of the statues enshrined in each shrine have already been looted, some stone pedestals were remained in situ. 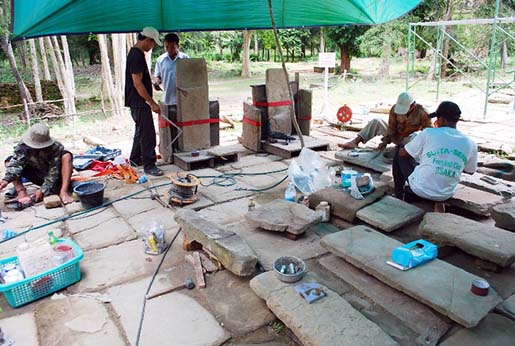 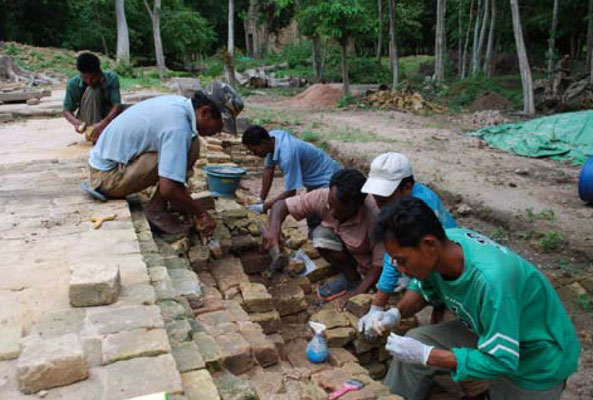 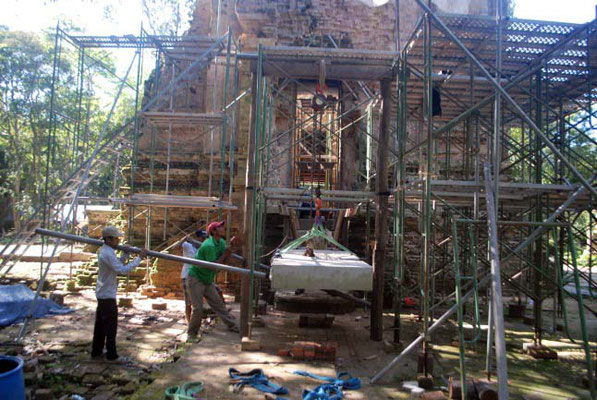 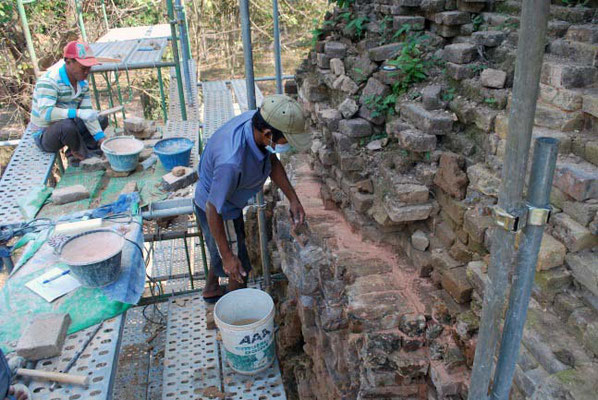 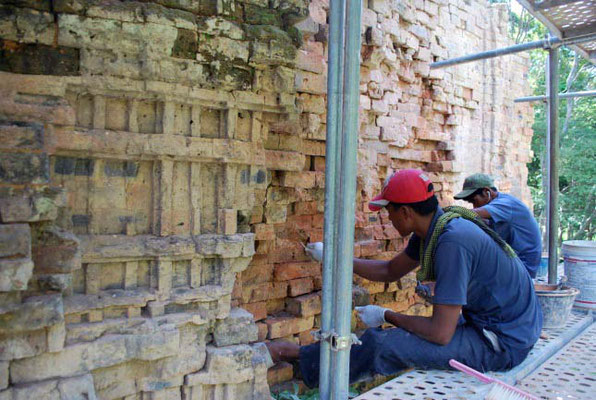 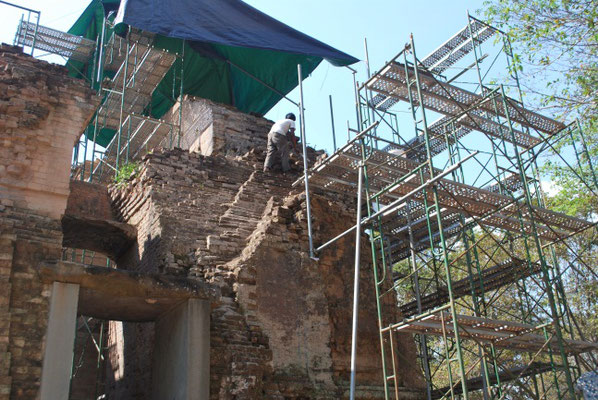